The winning teams of the #CedefopPhotoAward 2019 competition come from Austria, Croatia and Romania. 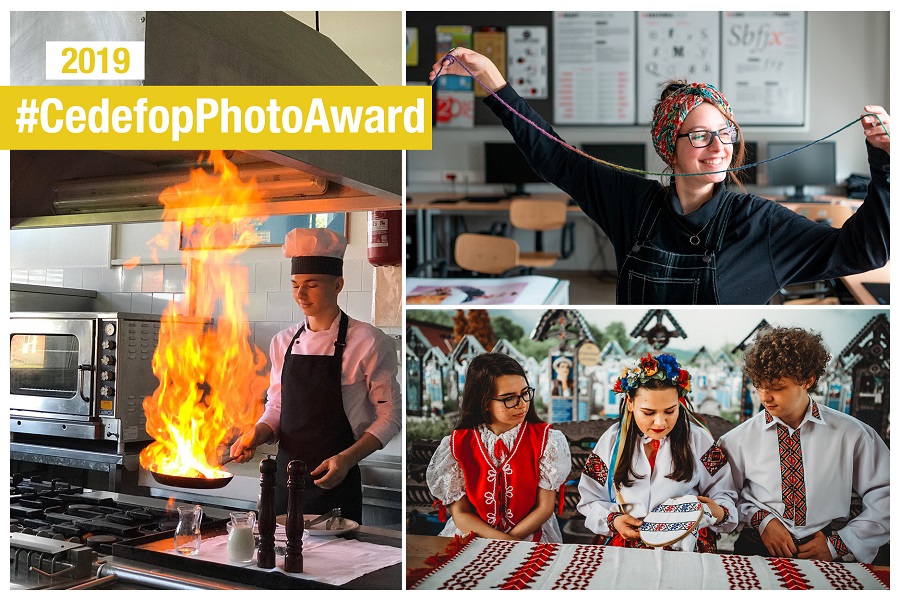 In total, 112 teams of vocational education and training (VET) learners from 20 European countries took part in the fourth edition of the #CedefopPhotoAward. The teams consisted of 380 VET learners and 76 teachers/trainers, representing 73 learning providers. The learners were asked to share a photostory of a memorable VET experience.

Two winning teams, from Austria (‘Cultureconnects’ team from the College of engineering, art and design and Institute for research and technology Graz-Ortweinschule) and Croatia (‘The Chefs’ team from the Economic and Tourism School of Daruvar), have been nominated for the top award to be presented by European Commissioner for Employment, Social Affairs, Skills and Labour Mobility Marianne Thyssen at the fourth European vocational skills week (#EUVocationalSkills) in Helsinki (14-18 October).

The top spot will be decided via an online public vote, organised by the European Commission during the European vocational skills week. Details of the vote will be published in due course.

The Prix du jury this year goes to the ‘Artisan in Maramureș’ team from the Marmația Technological High School in Romania. The team will travel to Thessaloniki for the opening of the 60th Thessaloniki International Film Festival (#TIFF60) on 31 October.

The 20 winning and runner-up entries will be exhibited in Thessaloniki in the context of #TIFF60 and in Helsinki during the #EUVocationalSkills week.