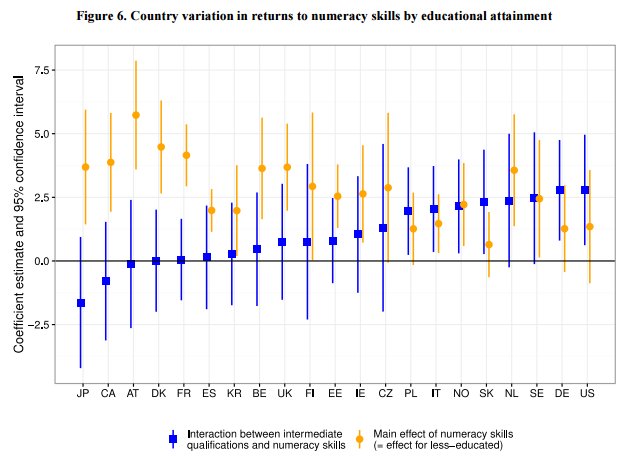 Country-level regressions show that the remaining disadvantage increases with the aggregate skills gap and with the internal homogeneity of the two educational groups. We further show that the association between skills and occupational attainment is weaker among the less educated than among the intermediate group. These findings are consistent with the idea that employers statistically discriminate on the basis of formal qualifications.